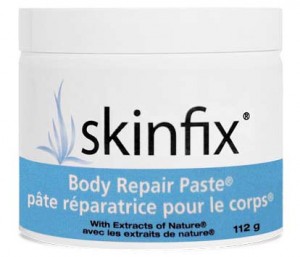 My daughter has eczema. She gets it the parts she sweats in. She sweats a lot because I’m in South Florida. Land of humidity. The parts she sweats in is the back of her knees. The cute little chubby folds of her legs and the inside of her elbow. She also has eczema on her wrists and ankles. She doesn’t sweat on her ankles. I’m not sure why she gets it there so bad. I started using Skinfix’s Body Repair Paste and it’s been working good so far. The eczema went away in 3 days, but history tells me the eczema seems to come and go. Hopefully it will keep working, I am very happy with it so far. You may want to try it out. The Body Repair Paste says it works on many dermatitis conditions such as eczema, rosacea, and psoriasis. It’s a quality product with a good price. Click here for more information.

Bassinets are the ultimate status symbol. They are not just cribs. They are highly decorated presentation spaces for your babies that nowadays go for thousands of dollars. They can be had for a pretty penny in just the right kind of designer theme.

For instance the Greta and Garbo bassinet is a forties style bassinet with a big ruffled hood and ruffled skirt that is made entirely out of a purple/pink draped silk shantung that is specially imported from Asia. An enormous perfect bow is placed at either side of the bassinet. The bassinet is also line with pillows in pink, chocolate and blue shantung silk that are also wrapped up in a big pink bow. It's a steal at about $850. The Lulu Bridge Cambridge Bassinet is a similar item in a baby aspirin type pink satin with two big bows at the side.

Equally luxurious is the Lulla Smith Vineyard in Swiss Batiste Bassinet which is made out of cotton satin and ringed with bows. It comes in snow white, pink and buttercup yellow. If you want a vintage look try the Lulla Smith Angel Bassinet which is made from many yards of mint green satin and has a big bow in a color that is an antique pink on it's prow.

One of the most luxurious bassinets in the world is the handcrafted wooden wicker bassinet by Lulla Smith that is is dressed with pure Dupioni silk and adorned with a whimsical overskirt laden with scalloped silk blossoms attached at their centers to sheer ivory silk organza and finished with an opulent oversized front bow in Dupioni Silk Blush. Silk blush is an almost lingerie flesh pink color and it is very retro looking. This beautiful bassinet will cost you about two thousand dollars once you have paid taxes on it so it really is a true luxury item for something you may likely only use for a couple of months at best.

If something that is a tuxedo style is more you style Lulla Smith also makes a thousand dollar bassinet that is made out of Duponi silk that is quite plain. This bassinet for the boy baby in your life is all white with a stripe in black at the base and two smaller stripes around the rim of the cradle. This high end baby bassinet is perfect for the little boy that is born into quite a rich family and wants to present him as a heir to the rest of the family as heir to the Dynasty!